May is Cystic Fibrosis awareness month, and once again I’ve done 31 Days of Cystic Fibrosis on Facebook and Instagram.
In 2019 I concentrated on a hidden side of CF and profiled people who are impacted by CF.

Barbara Jordan worried her way through her second pregnancy. Her first child, Melinda, had been diagnosed with CF when she was two months old. Melinda’s diagnosis came hot on the heels of the news that a relative in the UK had lost her son to CF.

Diagnosed with CF at birth, Julie’s survival was initially predicted to be less than 48 hours. Despite the dire prediction, Julie did survive, and soon, Barbara’s daily routine saw her deal with the medical requirements of two children with CF.

Barbara knew life would be busy with double the number of treatments and hospital visits. “I thought they would help each other understand what they needed to do, and I do feel that having the two girls close together was helpful. They would talk to each other during treatments. The girls had a great connection because of their shared experiences.”

Julie always struggled more than Melinda and subsequently spent more time in hospital. “Melinda was maybe about eight when she told me that I loved Julie more. I needed to explain that Julie was sicker, and consequently needed more attention.”

As a young adult, Julie’s health continued to decline, and eventually, she told Barbara that the team at Sir Charlies Gairdner Hospital, headed by Dr Gerrad Ryan, had recommended Julie as a candidate for a transplant.

With Julie on the path to transplant, life became more daunting for Barbara. The move to Melbourne, while Julie was waitlisted for transplant, meant Barbara needed to leave Melinda behind. “Melinda was living her own life, and I knew that this was the best thing for Julie.”

Initially, on their arrival in Melbourne, Barbara and Julie were across the road from the hospital. Later they shifted into a CF house. Barbara describes the night Julie received the call to come to the hospital for transplant as a moment that was both frightening and filled with happiness.

Extensive roadworks caused one of the main roads to be closed off. Once Barbara explained the situation and the urgency of getting to the hospital, the workmen let her though, and she continued on to the hospital driving on the wrong side of the road.

Barbara felt as if a weight had lifted from her shoulders when she received the call informing her that Julie was out of surgery. “I was over the moon,” Barbara said.

Julie’s recovery went well; Barbara describes her recovery as “Unbelievable. She improved so much. She was breathing and laughing and not having difficulty with any of it.”

Until a rigid bronch, a procedure that visualizes the trachea and proximal bronchi, was performed. “I received a terrifying phone call in the middle of the night. The doctors put Julie under too far. They had to use the paddles to bring her back to life.”

Despite the setback, Julie was soon ready to return to Perth. Once they were home, Barbara discovered Julie didn’t ‘fit’ into the system anywhere. “Julie was no longer being cared for by the CF team, and it was hard to get the new team to listen.”

“We were in clinic, and the transplant team told Julie there was nothing they could do for her. Julie was asked if she wanted a second transplant. She said, “No. No. I don’t want to put myself, my family, and my friends through what I’ve just been through again. With no guarantee that it is going to be successful. So no. Take me off all my medications and let me go peacefully.”

“They were her words, her choices; she was an adult, it was her body; it was her decision.”

“Melinda moved to NSW – it was hard because it was like I lost both girls at the same time, but I knew that was what Melinda needed to do. She had a dream to have a family, and it wasn’t my place to stop her.”

Barbara Jordan describes the news that Melinda was pregnant as initially devastating, but also exciting. Her main worry was how the pregnancy could impact Melinda. “Back when the girls were diagnosed with CF, I never would have dreamed that I could become a grandmother. Melinda went through so much to have Luca.”For Barbara, Melinda’s transplant journey was different to the hands-on experience of Julie’s transplant. With Melinda living interstate and married, Barbara now relied on the information that was passed on. “I hadn’t realised quite how bad Melinda’s decline had been. I saw Melinda right before she went in for the first transplant. Seeing her sit up with colour in her face afterwards was just unbelievable.”After a rollercoaster ride, with multiple hiccups, Melinda required a second transplant two years ago. “Melinda’s a stubborn girl, and I know she’ll fight her way through whatever CF throws her way for as long as she can. She wants to see Luca marry and have babies all of her own. I know Melinda will be alright.”“Luca has so much of Julie in her it’s incredible to look at. And that is beautiful.” 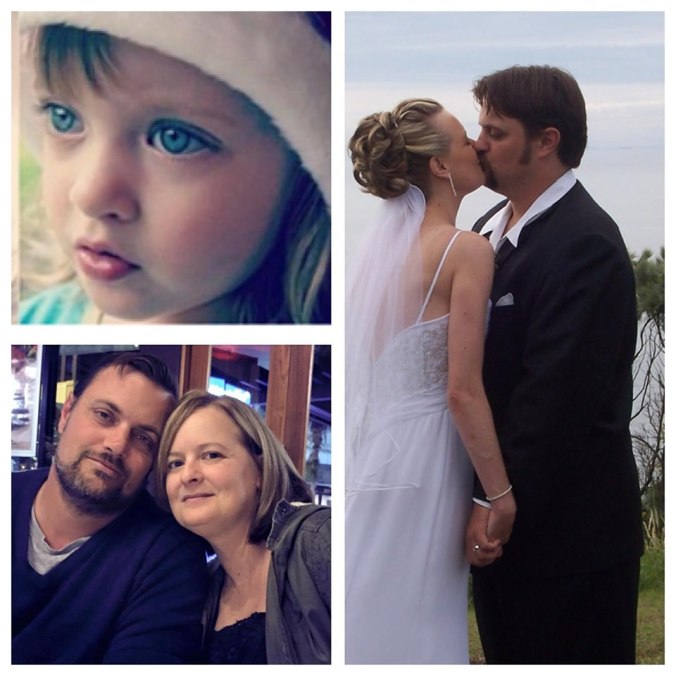 As Business Development Manager, Karen is responsible for both fundraising and marketing awareness of CF. “Fundraising, by its nature, also brings a lot of awareness. Both the 65 Roses campaign and Orkambi campaign were targeted towards raising awareness of the battles that families affected by CF face every day. These campaigns bring increased awareness towards understanding the challenges people with CF face in their life.” Karen said.

For people with CF, there is a huge benefit to offering services as an adjunct to hospital services. These focused services not only help relieve the burden on the hospital system; they directly improve the lives of people with CF and their families. CFWA provides additional services on top of those paid for via the Health Department contract – that’s where Karen’s role is vital. Without fundraising, CFWA can’t deliver focussed services in an effective manner.

“Working in the not-for-profit sector in this climate is challenging – asking for money from any part of corporate WA or from the community is sometimes hard – it makes it a battle to secure new funding. Sometimes people want to give money for specific purposes. However, both caring for people with CF and providing funds for research goes hand in hand. It’s no good channelling all the money to research while people are battling and need service delivery.”

31 Days of Cystic Fibrosis. May 23
Aidan Fraser: A Husband’s Story

Meeting Jackie was Aidan Fraser’s first introduction to CF. “Jackie was coping with CF quite well, and it wasn’t evident at all that she was sick. So I was probably a bit naive toward the whole thing . I never imagined it would be this hard, difficult or sad – mostly due to my ignorance as to what CF really was.”

The journey for Aidan has been a learning curve between new routines and methods that can help improve Jackie’s quality of life. “It’s something we deal with and adapt to. This is the new ‘normal’ for us, and you do what you have to do.”
The reality of Jackie’s medical team recommending her for transplant knocked Aidan for six. “It was like being hit with a bat! To hear the words is something you can’t prepare for. Especially when you felt it was still some time away.”

A double lung transplant is not a cure for CF; it is a procedure that trades one set of health problems for another. In an effort to improve Jackie’s quality of life, the couple decided to postpone being waitlisted for transplant while they put in a concentrated effort to focus on Jackie’s health.

Right now, they’re in the midst of a trip around Australia with their dog. It’s a journey they’re taking day by day, constantly reassessing Jackie’s health.

“I can’t explain enough how dealing with CF has changed and enriched my life. Jackie has made me see the world in a different way than I did before knowing her. The biggest thing being compassion and kindness. Without a doubt, she is the kindest, most compassionate person I have ever met. Jackie’s zest for life is contagious, and she has passed all this on to me.”