At the beginning of my last holiday to Thailand, in 2010, I turned 38. It was a holiday I struggled with both physically and mentally.

Earlier that year, while on holiday in Egypt, I had used the Robber’s Tunnel to climb inside the Great Pyramid of Giza to see the King’s Chamber. It had been a hard physical climb for me, and I’d spent most of it breathless. But once back in the open air, I had regained my breath quickly. My lung function had dropped recently from the 80% capacity I had lived with most of my adult life to 45%.
At that time, everything I did seemed harder and took longer with recovery no longer a quick bounce back. Yet I never imagined that I would be contemplating a lung transplant 10 months later. Because to me, this was just another infection, and in time with some hard work, my body would mend. 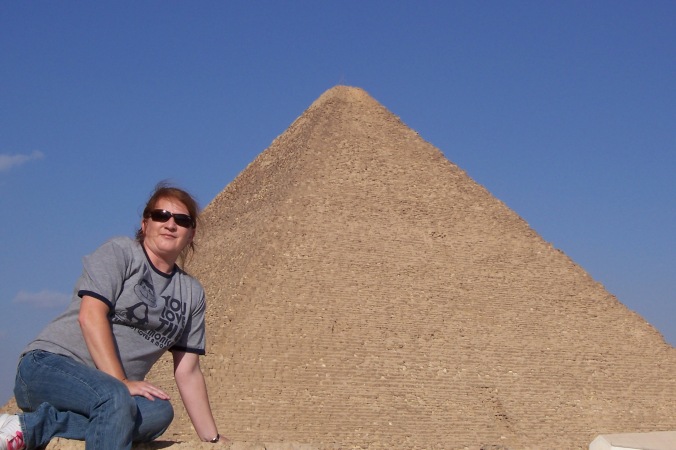 But there I was in Koh Samui, 10 months later struggling to walk. Clinically, I was in respiratory failure, my lung function having dropped below 30% and my medical team firmly pushing me towards being listed for transplant. I however, resisted. Stubborn as always I’d waved my hands and proclaimed this was just another infection. A nasty one sure, but I would get over it. I would bounce back. And off on holiday I went.

Koh Samui experienced heavy rainfall right before we landed. Everything was flooded, leaving us with the option of walking up the same street every day. I often joke that it didn’t matter because that was the only street I was capable of walking up.

On Grant’s birthday we decided to walk along the beach towards a delightful beachfront restaurant that Grant had spied. Grant did all the talking. I had lost the capacity to walk and talk at the same time midway through the year, so Grant chatted to me as we walked. He also carried my handbag, as even the weight of something as small as a handbag could determine how many rest stops I would need to catch my breath.

I vividly remember feeling so proud of myself. I had only had three rest stops so far and in my mind I was coping with this stroll. That’s when an elderly couple, both with walking sticks passed us easily, as if I had been standing still. As they did, they were both avidly chatting to one another, and proceeded all the way up the beach without stopping once.

That was the moment that I realised I was out of options.
This wasn’t a nasty infection that had lingered way too long.
This was my body losing the war against Cystic Fibrosis.

The week we returned home, I completed my final medical exam and was officially listed for transplant.

When we decided to return to Koh Samui, there was one thing I needed to do. Although we are staying on the other side of the island this time, today we returned to walk along Chaweng beach. I carried my own handbag and I talked while we walked.

Sometimes, post transplant, it’s the little things in life that I am most grateful for.