Growing up with Cystic Fibrosis one of the messages that was repeatedly given to me was, “you can’t” or “you shouldn’t”.  Therefore, it shouldn’t have been a surprise when my Year Ten Guidance Councillor told me I couldn’t make a career out of my love for books – and sent me off to do an accounting course – which was not at all the type of books I was passionate about.  Yet here I am today, a successful Librarian, a Bookseller and now a published author.  Perhaps it wasn’t me that needed guidance after all that day?

The story of this book started in 2007.  At the time I was running a specialised library for teachers.  An educational resource pack for Asthma had crossed my desk and I wondered if CFWA could produce something similar. I pitched my idea to Karen O’Neil, who was then the education officer at CFWA, and, after a series of meetings, the original idea of a pack of resource materials was scaled down to a single book.

The first draft was just under two and a half thousand words, which meant it was sitting in between a picture book and early chapter book. A decision was needed. I had two very vivid pictures in my head. One was of Jeremy running and the second was of big googly eyes looking into a window – no matter how much I liked the idea of an early chapter book, I couldn’t get those images out of my mind. This meant I had to pare the text down significantly.

Natalie took over the role of Education Officer in 2008 and happily took on the book project as well– although I am sure there were times when I had her tearing her hair out.  In 2009, she started looking for an illustrator.  In August, she emailed me a single picture. I knew straight away that she had found the person who could bring Jeremy to life.

Working with Stacey was an absolute pleasure.   Jeremy is loosely based on my son Jarryn, who also likes to sneak and spy.  One of the comments that I frequently hear  when people look at the book – after of course – The WOW aren’t these illustrations fantastic – is doesn’t he look just like Jarryn? For the record – Stacy never met Jarryn – yet somehow she still managed to capture an uncanny resemblance to my scruffy red-haired boy. 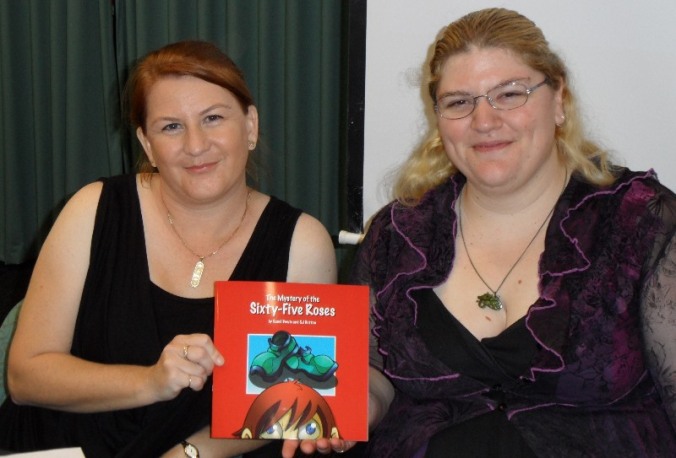 Stacey and I with OUR book!

Once the illustrations were complete, Natalie and I began the process of bringing the text and the illustrations together.  I’m sure Natalie thought this project would never end – especially when we were in her office cutting and pasting the old fashioned way with scissors and glue.  But finally, after rearranging the text multiple times, and adding extra pages we managed to achieve a finished product.

There are many people that need to be thanked for their role in this book. Karen, whom I first pitched to, Natalie for taking over the project and making it her own, the CFWA team for their support and for the funding to make this book become a reality.  Mum, Grant, Aunty Mary and Uncle Reg for reading endless drafts. Adam Smally who took the cut and paste drafts and turned them into the finished product. Stacey, for without Stacey and her wonderful illustrations which brought Jeremy to life, this book would be nothing but black words on a white page.

I would like to thank you all for coming tonight. My hope is that this book will be an educational resource for CFWA, and that, through a fun story, those children reading it may learn a little bit about CF.  All profits from the sale of this book go directly to CFWA. 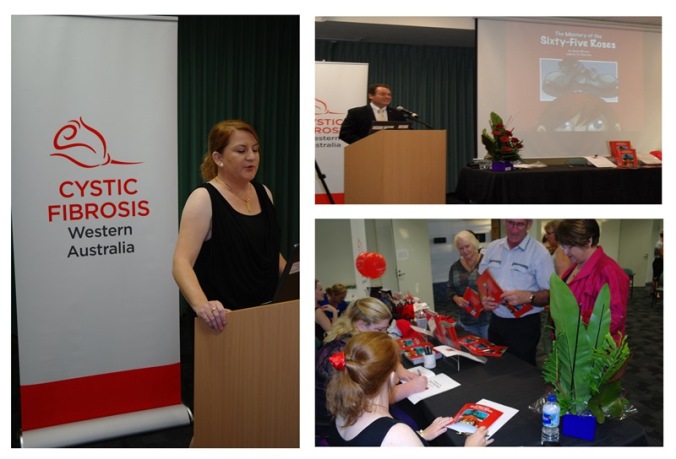 Finally, I have one last thank you, the most important of all. I choose to dedicate this book to two very special people. In my twenty years of health care at Charlies, I was lucky enough to have a wonderful team of health care professionals.  Out of that wonderful staff, there are two people who were there the very first day I came to Charlies as a horrendous teen. Over the years they encouraged me, they supported me, on more than one occasion they lectured me, when I declined their kind invitations to come for an extended stay in Hotel Charlies sometimes they even managed to bully me into submission. Everything they did, they always did with my best interests at heart.

About ten years ago, rumours were abounding that Gerry or Sue or perhaps even both, were thinking of retirement. Sue brushed my concerns aside and assured me she’d be here at least ten more years … Gerry though wasn’t so forthcoming. In the end, I promised him that I wouldn’t die on his watch, if he promised not to retire. I kept my promise by the skin of my teeth, thanks to the wonderful transplant team at Royal Perth and of course an anonymous family who said yes to organ donation.

One of the worst kept secrets at Charlies is that some of us older CF patients referred to Gerry and Sue as ‘Uncle Gerry’ and ‘Aunty Sue’. The cat is well and truly out of the bag now, and I would ask that Uncle Gerry and Aunty Sue, please come up as I have a copy of my book for each of you.